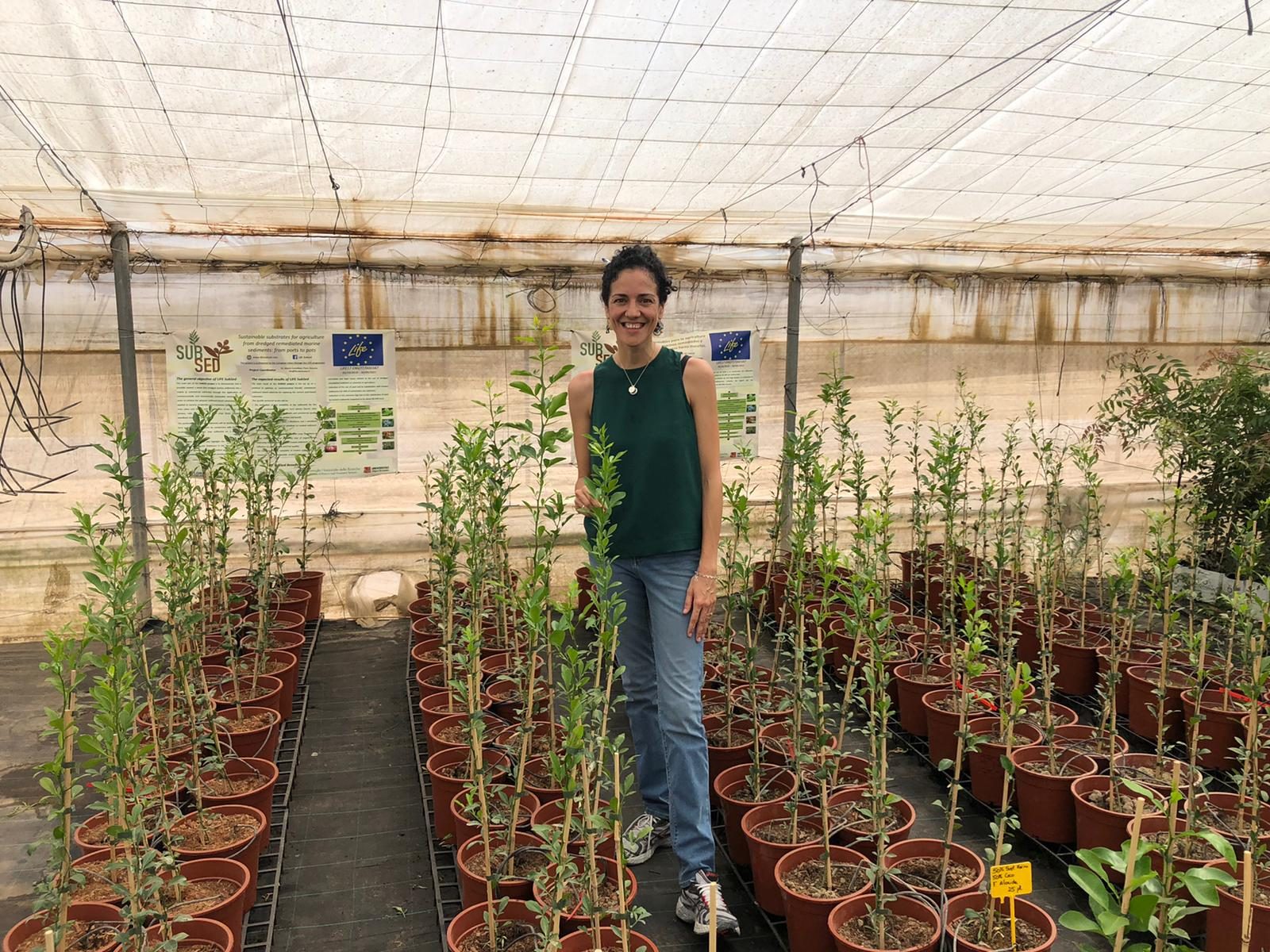 On Monday 5 October 2020 the Caliplant team hosted Gala Garcia Imbernon, General Manager of Symborg, at the demonstration site where the cultivation trial of the LIFE SUBSED project are underway.

Symborg is a leading company in the production of biofertilizers and in the development of new biotechnologies for the agronomic sector.

During the meeting, Caliplant technicians illustrated the objectives and expected results of the LIFE SUBSED project and conducted a visit to the experimental sites where the small plants are growing.

The meeting allowed for an exchange of ideas and visions on the future and on the innovations that companies are called to introduce in their traditional production cycles, in order to make agriculture increasingly sustainable and to implement real models of circular economy.